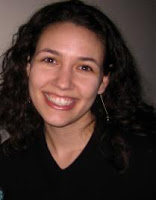 EI: Will you explain to us how you make contact with an editor at a major house once you have a manuscript you are excited about? Can you tell the readers so that they can understand the role of an agent? Do you send an editor a formal proposal of some type? Or do you just pick up the phone? Does it vary from house to house, press to press?


Holly Root: When I have a project that’s ready to go out the door—edited, primped, and polished—I start by pulling together a submission list of editors to talk to about the book. The next step is crafting a pitch
letter. This will later be the cover letter for the submission, but it’s also where I begin to refine the pitch. The best pitches, like the best queries, pique the reader’s interest, play up the project’s selling points, and help build excitement about the project.

Once that submission list is final and the letter is set, I’ll get in touch with the editors and personally pitch them the book, then send over the manuscript or proposal with that cover letter. The exact kind of pitch does vary; some people prefer to have the details about projects over email, others by phone. My pitch gets the book in the door, but ultimately it is the work that sells. My role as the agent is to get that work into the right person’s hands and highlight the potential for that book’s success.
Posted by E. I. Johnson at 8:02 AM