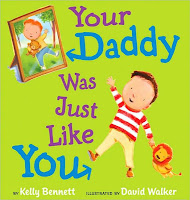 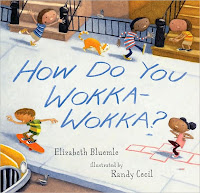 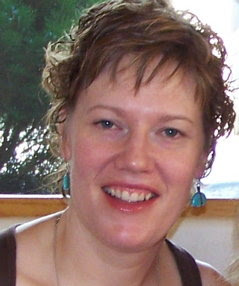 Erin Murphy, is the President of Erin Murphy Literary Agency and has been an agent for 10 years. EMLA is a leading U.S. children's book agency headquartered in Flagstaff, Arizona. She founded the agency in 1999.

The agency focus on connections—between writer and editor, story and reader—as well as on helping their clients build their careers and grow as artists.

Ms. Murphy has a unique submission policy and only likes queries from writers she has met at one time or another, or writers who come through an impressive referral.
She works with publishers of all sizes all over the U.S., and has placed clients' books with every major children's house in New York and Boston, but she cut her teeth in regional publishing.

Erin currently negotiates contracts for over 60 clients and is held in high regard by a number of closed publishing houses. Her recent manuscript placements have included Bloomsbury USA, Simon and Schuster, Dutton, Candlewick, and Knopf. Prior to starting the agency, Ms. Murphy was the Editor-in-Chief of Northland Publishing.

She began her career at Northland Publishing/Rising Moon Books for Young Readers (a beloved decades-old Flagstaff company that was bought out in 2007), eventually becoming editor-in-chief, and was a member of the board of directors of PubWest, a professional development organization for small and mid-sized publishers in the West.

She represents writers and writer-illustrators of picture books, novels for middle-graders and young adults, and select nonfiction. She is especially drawn to strong characters and heart-centered stories. In her spare time she loves walking, baking, kayaking, knitting, traveling, and reading.

E.I. In an industry that gets increasingly difficult to break into, what are a few things first-time writers can do in their query letters that might convince you to take a chance on them?

ERIN MURPHY: The worst thing they can possibly do is convey an overinflated sense of confidence about their work alongside a clear lack of knowledge of the industry. I don't read as many queries as other agents do, as I'm closed to cold queries (simply for volume control, to keep a handle on my own time), so I don't see as much of this. But nothing is more of a turn-off than a writer who is clearly a dabbler and envisions himself reaching fame and fortune through what he is certain will be the next Harry Potter. It's even worse if this query has clearly been mass emailed in the same form to dozens of other agents. I like to get a sense of a writer as a professional, even if she's not-yet-published--someone who takes a real interest in the industry as a whole, who has bothered to find out something about me before approaching me, and who can pitch her manuscript in a simple, concrete way.

E.I. A well written query letter is a key to snagging an agent's attention. Can you briefly explain what components the ideal query should include? Should the writer attach a page or two of prose just so the agent can get a feel for writer's ability?

ERIN MURPHY: It varies from agent to agent. There is no one wholesale answer. For me, I like to get a sense of the breadth of a writer's work, even if he focuses on just one pitch for the initial query. Something like, "Additionally, I have one other completed YA novel awaiting revision and a contemporary middle-grade adventure that is currently on submission" or "Although this is my first completed novel, I'm one draft into my work in progress, a middle-grade novel from the point of view of a cabin boy on Columbus's famous voyage." I will often ask to see sample chapters of the other works mentioned, in addition to the main one the writer is querying about. I prefer not to see samples until I ask for them.

I really do recommend that writers research the agents they are interested in and try to hone their approaches accordingly; that said, if I get a query email with some sample text pasted in at the bottom, I don't discard it out of hand because the writer didn't follow the rules.

Because I like to have a sense that the writer has spent some time getting to know the industry, I'm often more interested in queries from people that hint at personal or professional industry connections, time spent in leadership positions at conferences, graduate programs in writing for children, and the like--and lists of previously published books or a list of magazines the writer contributes to regularly are always helpful, of course!

Finally, the main thing for me is that a query letter is also a writing sample. Professional is good; cold and mechanical is not. A little personality in the writing, a sense of the writer's own true voice--that's often what knocks me over the edge in asking to see someone's work.

To learn more about Erin Murphy, please visit their website.
Posted by E. I. Johnson at 4:28 PM