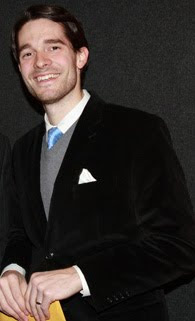 He is a contributing editor for Hampton Sheet magazine. His client roster is populated by primarily non-fiction writers whose areas of expertise are politics, history, celebrity, current affairs, and pop culture, and he continues to seek fiction writers who illuminate the American situation.

E.I. What is the publishing climate now for first time literary authors as compared to when you started the business with Marianne Strong? In what ways does it differ from the current genre climate?

J.A. Whenever I'm asked a question about how I've seen the publishing world change during my time as an agent, I feel I must begin by acknowledging that I've not been in publishing long enough to have experienced any era other than this one. In other words, I don't have a memory of another time to which to compare this climate. I didn't really start representing clients as part of my own list until mid-2007, roughly one year before we started seeing layoffs and restructuring at many houses. I really don't know any other publishing climate except the one I've come up in, and it's a tough climate indeed.

It's certainly exciting to see romance writing doing so well. I share office space with a couple of agents who handle primarily romance, erotica, and commercial women's fiction, and the last few months I've seen them place several debut authors. I witnessed the same with YA and Middle Grade, another area that's performing very well for publishers right now. I think those are the arenas most open to debuts right now.

In regard to literary fiction, I think it's always been hard to break into the big six with a debut. I can't imagine, however, that it's every been harder than it is now. I handle very select literary fiction, not because I don't see a lot of good writing, but because it really is terribly difficult to find a book that is artful and well-crafted, but has the bigger story elements than an editor can identify as making it a big book. Jane Friedman said recently that when she considers her business model, she's grouping literary fiction in the genre fiction category--for her, it reaches a particular market, and should be treated as such. I think that says a lot about how it's functioning in the market today. Most literary novels are small books--meaning they sell a few thousand copies at most--and are publishing by small(er) presses. Doesn't mean they don't have a different kind of value, but they don't hold the kind of commercial value that makes them attractive to big publishers. Of course, there are exceptions, and when an editor takes a chance on one of those, we're all proud and grateful. But it's not the norm.

E.I. If you could pick the perfect literary novel to represent this coming year, what would be its defining characteristics?

J.A. I'm a melancholy personality, and my literary tastes tend that direction as well. The novels I've signed for Spring and Summer submission all have a sadness and a darkness to them, while offering some sense of uplift or affirmation at the conclusion--you walk away wounded, but the experience was pleasurable nonetheless. I'll repeat what I said earlier, I think it would benefit many literary novelists to think in terms of bigger stories. So much literary fiction deals with a protagonist's coming of age, or self-realization, and tends to be very interior. In many ways, this is the virtue of literary fiction--it opens a space in the world for characters to become themselves. But the context has to be larger, and there has to be something important at stake. Ishiguro's NEVER LET ME GO has haunted me for so long because of the remarkable way it balances the interiority of these young adults with the larger context of the troubled society in which they live. They come of age, yes, but something big and scary is at stake. It's not a thriller by any means, but it does have that sense of propulsion that a thriller has. Part of this is story and setting, and part of it is prosecraft. I'm reading for authors who show they can marshal their talents and accomplish something similar.

To learn more about Jason Ashlock, please visit Movable Type Literary Group website at: http://www.movabletypenyc.com/
Posted by E. I. Johnson at 12:06 AM